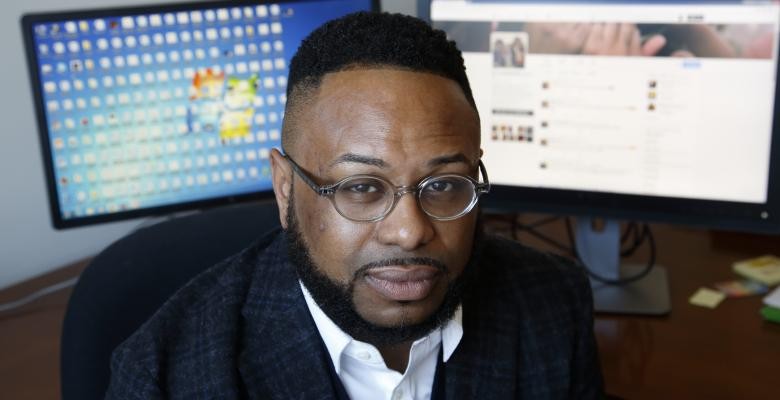 Associate Professor Desmond Upton Patton’s research uses qualitative and computational data collection methods to examine the relationship between youth and gang violence and social media; how and why violence, grief, and identity are expressed on social media; and the real world impact these expressions have on wellbeing for low-income youth of color. Dr. Patton is the founding Director of the SAFE lab, a member of the Data Science Institute, a faculty affiliate of the Social Intervention Group(SIG) and holds a courtesy appointment in the department of Sociology. He is the recipient of the 2018 Deborah K. Padgett Early Career Achievement Award from the Society for Social Work Research ( SSWR), and was named a 2017-2018 Fellow at Harvard’s Berkman Klein Center for Internet and Society.

Dr. Patton studies the ways in which gang involved youth conceptualize threats on social media, and the extent to which social media shapes and facilitates youth and gang violence. In partnership with the Data Science Institute, he is developing an online tool for detecting aggression in social media posts. Dr. Patton’s research on “internet banging” has been featured in the New York Times,Chicago Tribune, USA Today, NPR, Boston Magazine, ABC News, and Vice. It was cited in an Amici Curae Brief submitted to the United States Supreme Court inElonis v. United States, which examined the interpretation of threats on social media.

Curriculum Vitae
Back to Top