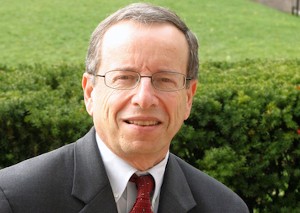 Michael Schudson grew up in Milwaukee, Wisc. He received a B.A. from Swarthmore College and M.A. and Ph.D. in sociology from Harvard. He taught at the University of Chicago from 1976 to 1980 and at the University of California, San Diego from 1980 to 2009. From 2005 on, he split his teaching between UCSD and the Columbia University Graduate School of Journalism, becoming a full-time member of the Columbia faculty in 2009.

He is the author of six books and editor of two others concerning the history and sociology of the American news media, advertising, popular culture, Watergate and cultural memory. He is the recipient of a number of honors; he has been a Guggenheim fellow, a resident fellow at the Center for Advanced Study in the Behavioral Sciences, Palo Alto, and a MacArthur Foundation "genius" fellow. In 2004, he received the Murray Edelman distinguished career award from the political communication section of the American Political Science Association and the International Communication Association.

Schudson's articles have appeared in the Columbia Journalism Review, Wilson Quarterly, and The American Prospect, and he has published op-eds in The New York Times, The Washington Post, the Los Angeles Times, Newsday, the Financial Times, and The San Diego Union.